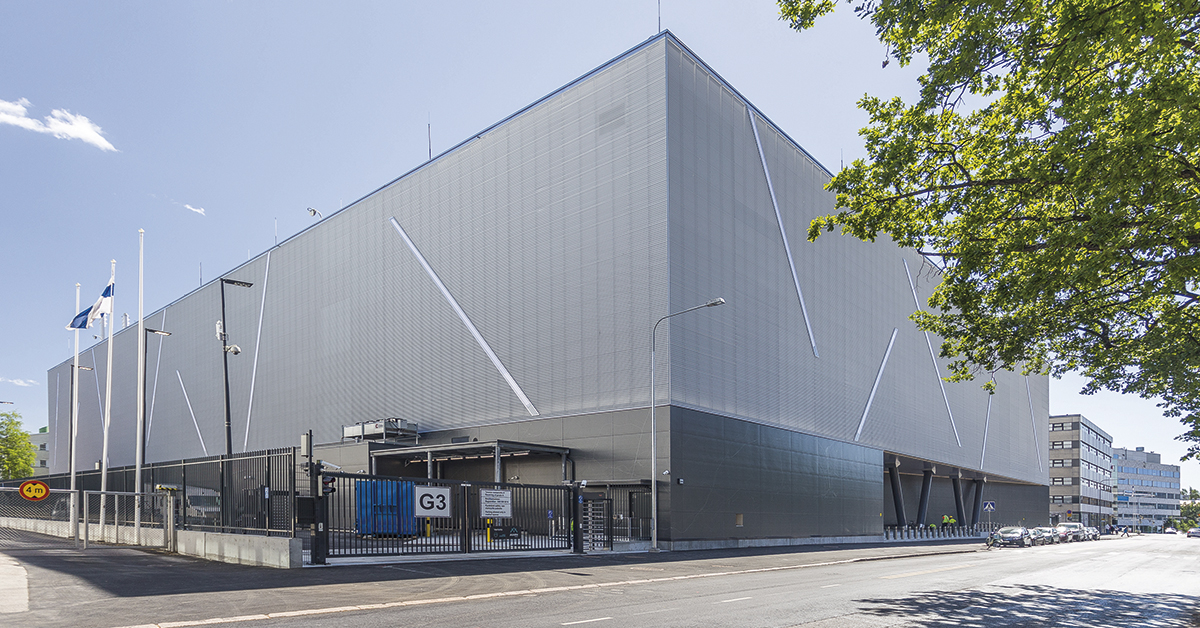 How many streaming service users know that watching a movie with the most advanced HD settings consumes four times as much electricity and water as watching average-quality images? Is superstar Luis Fonsi aware of the environmental impact of the viral version of his hit song Despacito?

Shortly after its release in April 2018, the video was viewed on YouTube five million times, and in just a few weeks streaming of his smooth Latin beats had consumed as much electricity as 40,000 American households use in an entire year.

Data centres consume 3% of the world’s electricity production, which will grow to 8% over the next ten years if digitalisation continues at its current pace.

“For cost reasons, some data centres fail to make use of waste heat, because the pump system needed to transfer heat to the district heat network would cost millions of euros.”

Consuming electricity at the pace of a nation

To illustrate the scale of the issue, Lindqvist compares data centres to France.

“Last year, data centres consumed an estimated 420 TWh of electricity. In France, the combined electricity consumption of all societal actors was 440 TWh.”

Data centres consume 3% of the world’s electricity production, which will grow to 8% over the next ten years if digitalisation continues at its current pace.

Energy consumption in data centres is a core issue as we seek solutions for slowing down global warming.

“Energy consumption in data centres is a core issue as we seek solutions for slowing down global warming. The world’s data centres generate as much CO2 as air traffic,” Lindqvist explains. (This comparison is based on the situation before the restrictions on air traffic introduced in spring 2020 due to the coronavirus.)

Before we ponder solutions, we need to understand the main principles of data centre technology. Electricity – which is mainly produced from fossil-fuel energy, a poor choice from a climate perspective – is needed for transferring data online and for cooling water used to control server room temperatures.

Location as a challenge

A proposed way of reducing the carbon load and emissions would involve transferring waste heat to the district heating network, thereby reducing the amount of primary energy needed for heating buildings.

“It’s a good idea as such, but would only work in a small part of the world,” says Lindqvist. Lindqvist notes that 90% of data centres are located in the world’s warmest regions.

“When the temperature is hot all year round and buildings are unheated, there is no demand for waste heat from data centres.”

Then why not move data centres to regions where buildings are heated? Lindqvist refers to insufficient capacity in electricity networks in Europe’s largest cities, such as London, Paris, Amsterdam and Frankfurt.

“No new data centres can be built in Amsterdam for the time being, as this would require a major overhaul of the power grid. In Germany, on the other hand, electricity is so expensive that many operators are wondering whether investment elsewhere would be more profitable,” Lindqvist explains.

Advantages of the Arctic

“Little wonder, then, that data centre operators aiming for carbon neutrality have turned their gaze towards the Nordic countries,” Lindqvist says, and begins listing the assets of the Arctic zone.

Waste heat from data centres is already being transferred to the district heating network in Sweden and Finland.

“Server rooms can be cooled efficiently in cool climates. Renewable, carbon-neutral electricity is available. The Nordic single market in electricity is reliable and there is sufficient network capacity.”

Lindqvist notes that waste heat from data centres is already being transferred to the district heating network in Sweden and Finland. He mentions Stockholm, where Fortum has engaged in data centre cooperation, as an example. In Finland, the Russian data centre operator Yandex and the city of Mäntsälä have been pioneers in the field.

“However, we must remember that not all data centres in the world can be moved to the North.”

The data transfer rate is a key reason why servers must be located close to users.

“For example, factory production control, stock exchange trading and smart traffic are processes in which information must be transferred in real time. The growth of this sector is inevitable. When designing data centres, the aim of maximising positive and minimising negative impacts should always be the starting point,” says Lindqvist.

A future of environmentally friendly surfing

Although waste heat can only be utilised in some data centres, there is no need to give up just yet: carbon footprints can be reduced in other ways.

Lindqvist praises Google, which has purchased the entire production of several wind farms, meaning that nearly 100% of electricity used by the company is carbon-free.

“You can see the opposite of this positive trend in Asia, particularly China and India. There, the number of data centres is growing rapidly, but two-thirds of China’s electricity, for example, is currently produced using coal,” Lindqvist says.

Lindqvist states that the heat resistance of servers is constantly improving; the latest machines work perfectly at 25-27 degrees Celsius, as opposed to the maximum 19 degrees of previous generations of equipment.

Application use can also be made more energy-efficient.

“After the revision of a commonly used section of code, we achieved a 60,000-fold improvement on previous results,” Lindqvist says.

Sources: In addition to the interview with Eero Lindqvist, www.telia.fi, text by Janne Kaijärvi

TIEKE Finnish Information Society Development Centre is a non-profit organisation aiming to develop, improve and support the information society and all its digital endeavours. We take part in a wide range of strategic projects and have an important networking role in the public, private and third sector.